Antony J. Blinken was confirmed by the United States Senate as Deputy Secretary of State on December 16, 2014. He was sworn in by Secretary Kerry on January 9, 2015. Blinken has held senior foreign policy positions in two administrations over two decades.

Blinken served for six years on Capitol Hill (2002 – 2008) as Democratic Staff Director for the US Senate Foreign Relations Committee.

Blinken began his government service at the State Department where, from 1993 to 1994, he served as Special Assistant to the Assistant Secretary of State for European and Canadian Affairs.

After leaving the Clinton Administration, he was a Senior Fellow at the Center for Strategic and International Studies between 2001 and 2002.

Prior to joining the Clinton Administration Blinken practiced law in New York and Paris. He has been a reporter for The New Republic magazine and has written about foreign policy for numerous publications including the New York Times, The New York Times Magazine and Foreign Affairs. He is the author of Ally Versus Ally: America, Europe and the Siberian Pipeline Crisis (Praeger, 1987). He appears frequently on cable and network television on behalf of the Obama administration. Blinken attended grade school and high school in Paris, France where he received a French Baccalaureat degree with high honors. He is a graduate of Harvard College Magna cum Laude and Columbia Law School. 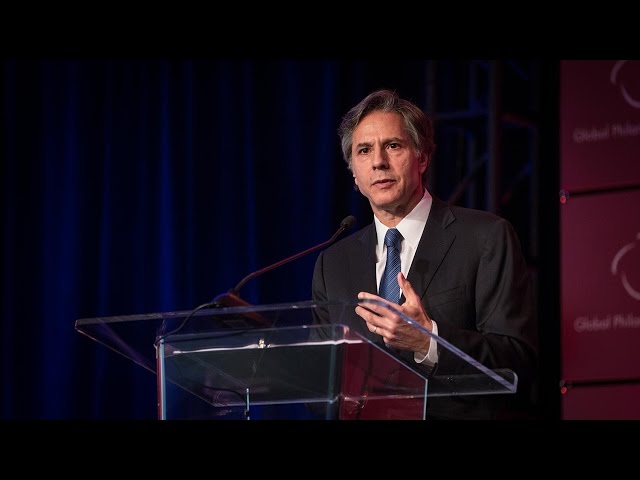 Special Address by US Deputy Secretary of State Antony Blinken