David Miliband is the president and CEO of the International Rescue Committee. He oversees the agency’s relief and development operations in more than 30 countries, its refugee resettlement and assistance programs throughout the United States and the IRC’s advocacy efforts in Washington and other capitals on behalf of the world’s most vulnerable people.

Miliband had a distinguished political career in the United Kingdom more than 15 years. From 2007 to 2010, he served as the youngest foreign secretary in three decades, driving advancements in human rights and representing the United Kingdom throughout the world. As secretary of state for the environment in 2005 to 2006, he pioneered the world’s first legally binding emissions reduction requirements. His accomplishments have earned him a reputation, in former President Bill Clinton’s words, as “one of the ablest, most creative public servants of our time”.

Miliband graduated from Oxford University in 1987 with a first class degree in philosophy, politics and economics, and received his master’s degree in political science in 1989 from the Massachusetts Institute of Technology, which he attended as a Kennedy Scholar. He is married to the violinist Louise Shackelton and they have two sons.

Miliband’s parents were refugees from Belgium and Poland to the UK in the 1940s. As the son of refugees, he brings a personal commitment to the IRC’s work. 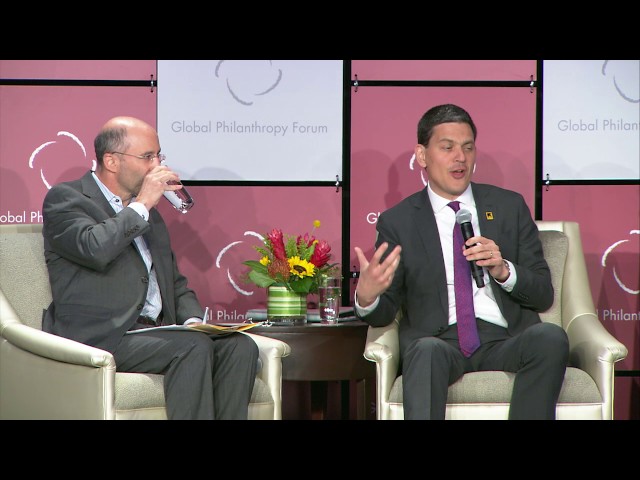