Donna E. Shalala is the president of the Clinton Foundation. Previously, she served as president of the University of Miami and Professor of Political Science. Shalala received her AB in history from Western College for Women and her PhD from Maxwell School of Citizenship and Public Affairs, Syracuse University. She served as President of Hunter College of CUNY from 1980 to 1987, and as Chancellor of the University of Wisconsin-Madison from 1987 to 1993. In 1993, President Clinton nominated her as Secretary for Health and Human Services (HHS) where she served for eight years. In 2008, President Bush presented her with the Presidential Medal of Freedom, the Nation’s highest civilian award. A member of the Council on Foreign Relations, she served as a Peace Corps Volunteer in Iran from 1962-1964. In 2010, she received the Nelson Mandela Award for Health and Human Rights recognizing her dedication to improving the health and life chances of disadvantaged populations in South Africa and internationally. 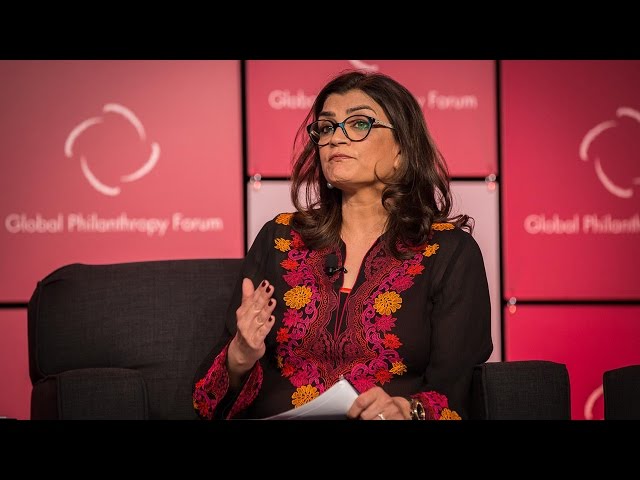 Philanthropy’s Role: Solving for Crisis While Taking the Long View