Dr. Essam Daod is a Palestinian psychiatrist and psychotherapist who grew up in Israel in a small Arab Palestinian village in the Galilee. He specialized in child and adolescent psychiatry and graduated from psychoanalytic school. For years, Essam was involved in a peace building initiative with kids through theater.

In 2015, he flew to Greece for a humanitarian rescue mission where he co-founded Humanity Crew and has been working with refugees ever since. He is currently a refugee mental health activist and researcher who has spoken in countless conferences and media outlets all over the world advocating for the importance of mental health support for refugees.

Humanity Crew specializes in the provision of psychological aid to refugees and people in crises, working to deploy mental health and psycho social support to displaced populations in order to improve their well-being, to restore order in their lives, and to prevent further psychological escalation.

In 2016 Daod and Humanity Crew were awarded The Defenders of Refugee Rights Award at the 4th Edition of Cities Defending Human Rights in Barcelona. In 2018 he became the first Palestinian citizen of Israel to become a TED Fellow. He is currently a WHO mental health expert team member. 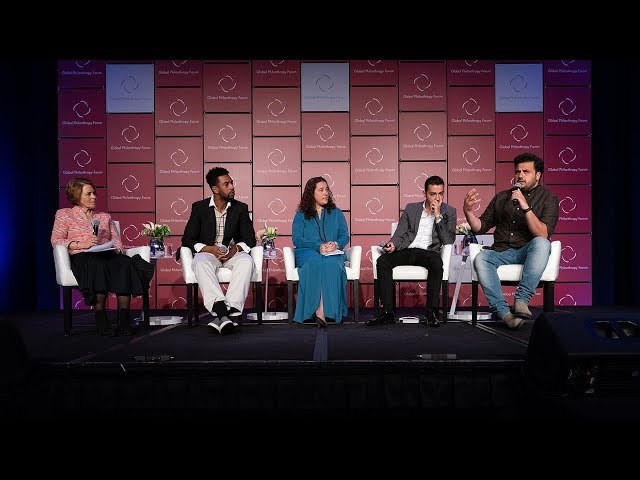 Youth Agency: Reaching out to the Disconnected and Disaffected